How being aggressive to the passive could improve your writing

For the last two weeks, our in-house Yardstick proofreader has been enjoying a well-earned holiday. Of course, the content we write doesn’t stop, so I’ve been working closely with a couple of freelance editors and proofreaders who have been reviewing our team’s work.

It’s been extremely interesting to get an independent, third-party perspective on our writing. With a couple of relatively new writers on the team, getting feedback on tone and style from a couple of experienced professionals has been invaluable. Indeed, it’s something I’d like to continue with on an ongoing basis. We can all get better!

One of the things that’s been most noticeable in the comments from the freelancers is that we are occasionally guilty of speaking in the passive voice.

Does it matter? Well, yes it can.

This section was written by me

I don’t want to go into a complicated explanation about the subject of a prepositional phrase, so I’ll show the difference between the active and passive voice in these two sentences:

In the second sentence, even though Ronaldo is still the one doing the kicking, he’s no longer the grammatical subject of the sentence. You could remove the ‘by Ronaldo’ and the sentence would still make sense, albeit in a rather boring way.

I wrote this section

If you’re writing anything with a definitive subject who is doing something, you are generally better using the active voice.

In each of these sentences, the subject (I, you, and Kylie respectively) performs the action of the verb (sold, went, will meet). The sentences are punchy, direct and make it clear who’s doing what.

Saying “the pension was sold by me”, or “the client will be met by Kylie tomorrow” just isn’t as certain.

Sentences written in the active voice are typically less wordy than those in the passive voice. Cutting unnecessary words always improves a piece of writing, whether it’s fiction or non-fiction.

There’s also something positive and energetic about the active voice. It’s like an engine that powers what you’re writing, propelling the reader forward.

You don’t have to ignore the passive voice entirely

The point here is not that we should expunge every instance of the passive voice in our writing. If we did, we’d end up saying odd things like:

In the last example, “the files will be sent as soon as possible” is clearer. There may be cases where you deliberately want to avoid assigning responsibility for a job or problem (often because you just don’t know who the subject is!)

On occasion, using the passive voice is fine. Mostly, though, you’ll find your writing is more concise, clear, and powerful in the active voice.

Use Word to find the passive voice for you

Just head to File > Options > Proofing > Grammar & Refinements Settings and tick the ‘passive voice’ box. You’ll then get a prompt every time Word finds a passive statement, and you’ll just need to do a simple bit of rewriting to make it active.

Even if you have a full appreciation of passive and active voice, you may simply not have time to sit down and write. Helping your clients directly might take precedence.

At Yardstick, our team of content writers can produce great content on your behalf, tailored to your clients and your business. Get in touch by emailing [email protected] or calling 0115 8965 300. 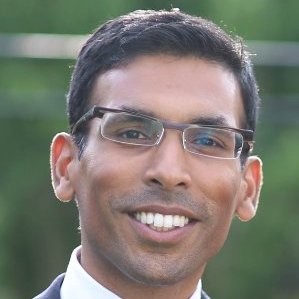