Duck and dive! 25 file formats you vaguely need to know about

Much of my day is spent creeping about, bothering people for digital files.

I can’t get enough of them.

I need them to do my job, you see. Without the right files, I dry out like a sponge. So, in order to keep me hydrated and healthy, here’s an article to read. It will save you time when you’re asked for stuff and will make you at least 2% more dangerous in your next pub quiz.

This list isn’t exhaustive but contains the 25 most common files I share with and need from advisers and planners. It also answers the most common questions that pop up about each one.

Eyes down, let’s have a clean game.

This is where I spend most of my time hunting. From brochures and annual reports to compliment slips and social media banners, I need those logos.

Like a broken box of wonky veg, you’ll find all sorts rolling about in your car boot. The most common ones are:

.EPS (Encapsulated PostScript) This is generally what I need when I ask for a logo file. It’s a vector file, which means that rather than a bunch of pixels making the image, we have points on a Cartesian plane. For anybody who hasn’t visited Cartesia, this means it can be scaled up in size infinitely without losing quality.

.AI (Adobe Illustrator) Illustrator is the programme we use to create vector files, and .AI is simply its file extension. I can use an .AI file to make an .EPS so if you only have this to hand then send it over. You likely won’t be able to load it up, but don’t worry, we have a special little toffee hammer we use to crack them open.

.SVG (Scalable Vector Graphics) The logo on your website will often be an .SVG. The clue is in the name; it will appear nice and crisp at any size. I can also use an .SVG in print work, so I’ll happily take one, please and thank you.

.PNG (Portable Network Graphics) This is the most common logo file type we get sent across. A .PNG is a raster file format, which means that unlike vectors, they are set to the size they are exported. We can’t make them any bigger without blurring them as the mathematical formula included in a vector file isn’t there. A .PNG logo will likely be sharper than a .JPEG of the same size, as the compression is lossless.

.JPEG (Joint Photographic Experts Group) The abstract name comes from the team that developed the format, so jot that down for your pub quiz. A .JPEG (also called a .JPG) is the least preferred format for a logo as it will be slightly lower quality and can’t have the transparent background that a .PNG can. I’ll take this over nothing though – no choosy beggars here!

Right, those bingo dabbers have been busy, I can see a few people getting a bit twitchy. The next section revolves around imagery, so think photography, icons, graphs and so on.

It won’t always be obvious whether an image will be big enough, so a very rough rule of thumb is:

.PNG & .JPEG We won’t re-tread old ground, but these two files are used for photography and graphics in addition to the logos from the last section.

.TIF / .TIFF (Tagged Image File Format) If you have commissioned a photoshoot, you’ll likely get a set of .TIF files. These will be big boys with a healthy file size and high resolution. They’re useful to us, as we can make huge images smaller, but we can’t do the opposite.

.PSD (Photoshop Document) This is the file extension for Adobe Photoshop. Now and then, images will be supplied to us in this format that have various effects, filters and masks applied by previous designers. The file size will likely be gigantic, but we’ll happily take one of these as it usually allows us to decipher the rules for any effects applied to a collection of images, such as a team shoot.

.GIF (Graphics Interchange Format) It is apparently pronounced ”jif” according to its creator. But then again, a horned toad is a lizard, and a velvet ant is a wasp so what is even real anymore? A .GIF can be animated but isn’t always. We generally see them for very simple icons and small images. The quality won’t be as high as a .JPEG or .PNG.

.BMP (Bitmap) Worth mentioning as we sometimes see .BMP files sent across – usually when they were created many years ago. They are small, simple files. If this is all you have, it’s generally worth recreating the icon or image in a higher resolution.

.PDF / .AI / .EPS / .SVG (Vector) In the same way that vector logos can be scaled infinitely, vector images are the same. Think icons, graphs and simple patterns rather than photography. Anything with simple clean lines is generally suited to being a vector image, so it is likely that any graphics for report covers, PowerPoint presentations or signage will exist as vector files.

It’s still all to play for as we wade deep into the exciting stuff. “Collateral” is anything client-facing that has your branding on (think client agreements, privacy policies, service propositions and so on).

Most advisers and planners keep their collateral held within a Microsoft Office environment:

.DOCX / .DOC (Microsoft Word) A classic, chaotic file type. We use Word extensively for much of the client collateral we work on. While the design is limited by the nature of the software, we manage to create beautiful documents that are fully editable client-side.

Using Microsoft Word is like washing a spoon under a running tap. You think you know what you’re doing until you look at it the wrong way and the spoon misbehaves, leaving you to convince everybody you haven’t wet yourself again.

A quick note for this one and the two below it; the difference between the file with the X on the end and the one without it is:

.XLSX / .XLS (Microsoft Excel) We encounter plenty of spreadsheets, usually fact-finds, investment dashboards and interactive graphs. Excel can get pretty intense, so if you’re sending us a file that is linked to separate spreadsheets, be a lamb and send those over too.

.PPTX / .PPT (Microsoft PowerPoint) This guy can get a bad rap, as people fear the whole “death by PowerPoint” thing. As a rule, we find that simple, striking slides are still relevant and effective in 2021. Just go easy on the animations and keep everything nice and consistent with your other material. Less is more.

.PDF (Portable Document Format) You’ll likely have .PDF copies of much of your printed collateral. Keep these on file as they’ll be needed when re-printing and making edits. .PDF files are generally the format items are exported in, and will be created using Word, Adobe InDesign, Microsoft Publisher and so on. This means that while simple text amends can be made directly, any extensive design amends usually require access to the accompanying design file. If in doubt, send us any file type you have that’s related to that item.

Okay, after two false shouts of “bingo” from Terry, and Wendy spilling her pitcher of Cheeky Vimto, all is still to play for.

The final round is all about the bits and bobs. The stuff rattling about in your junk drawer next to the blunt scissors and birthday candles.

.CSV (Comma-separated Values) We use these files regularly, usually for updating lists of contacts and email newsletter recipients. A .CSV file is a plain text table of data that is most often opened in Microsoft Excel. It won’t always hold the formatting and formulas that an .XLSX will, so don’t confuse the two.

.ZIP One of the rare file names that isn’t an acronym or an abbreviation, a .ZIP is an archive format for lossless data compression. You’ll likely receive a .ZIP if being sent multiple files, as it neatly packages them into a smaller folder that’s easier to handle. It also allows you to add a password.

.ASE (Adobe Swatch Exchange) You likely won’t be able to open this crafty fella, but it’s a very useful thing for me to have. An .ASE is a saved collection of colours, which allows me to load up a pre-agreed palette in an Adobe program. If you don’t have a set of brand guidelines, but do send me an .ASE file, you’ll definitely be on my Christmas card list.

.PUB (Microsoft Publisher) If you handle a lot of brochure / report / folder design in-house, it’s likely you’ll be familiar with this type of file. When sharing .PUB files, it’s useful to know that the other party needs a copy of the software to open it their end. If in doubt, and the file doesn’t need to be edited externally, it’s always best to export as a .PDF file.

.INDD (Adobe InDesign) This is similar to the .PUB above, but rather than being a common in-house file format, you’ll encounter these if you’ve worked with a designer in the past. More frequently we work with firms that have an InDesign user among them, so point them at us; they’ll know what to do.

.HTML (HyperText Markup Language) Without getting bogged down in the nitty gritty, let’s look at a likely scenario you’ll interact with a .HTML web file. We often supply email signatures as HTML code, which can be imported to your email client. You can generally view them by opening them with a web browser.

.TTF (TrueType Font) / .OTF (OpenType Font) / .WOFF (Web Open Font Format) If you have a non-system font as part of your brand’s visual identity, you’ll need to install these on any device that uses them. Many are free to use, but others must be purchased. If you get sent a collection of these files as part of a branding exercise, hold on to them or you may have to buy them again.

File formats are tedious to read through, so well done for making it to the end. Vaguely knowing what each one is will save you time and frustration when dealing with external providers and suppliers.

And congratulations to Beryl and Mo who have each won a coupon for 5% off their next Jewson visit and a bottle of Blue Nun to share.

Everything you need to know about our new Google Adwords Service 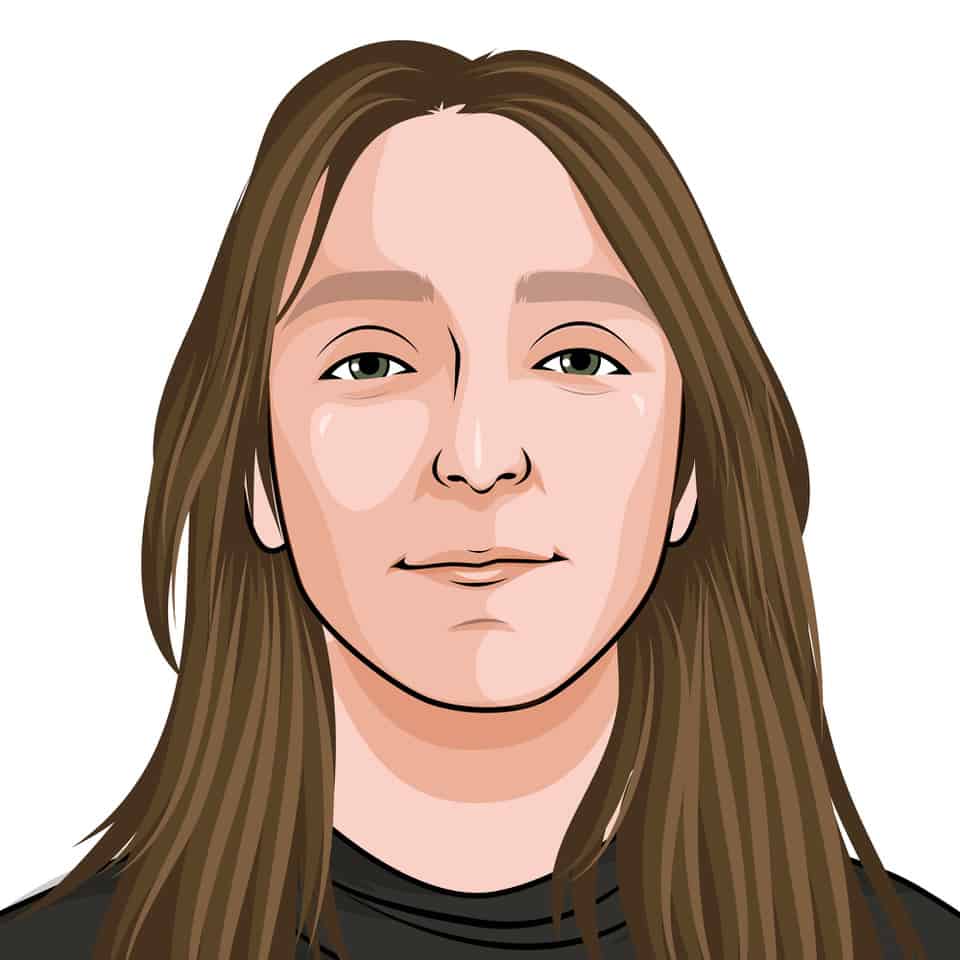