The World Wide Web: Leaving the awkward teenage phase behind

The World Wide Web: Leaving the awkward teenage phase behind

As we all know, animals usually go through a few different phases. As humans, we start as babies, go on to infancy, childhood and adolescence, before spending the rest of our lives as adults.

Much like humans, the internet and, by extension, websites, also has a similar set of developmental phases. Also, like humans, each phase has some very obvious characteristics.

The dates assigned to each phase don’t represent a definitive start and end, but rather when some websites started to pop up in these categories. There are still websites made today which could be considered ‘babies’!

Back in August 1991, the first-ever website was created. It wasn’t pretty. By today’s standards, it’s archaic and wouldn’t survive against the competition.

It was plain and it was simple. But, most importantly, it started what would become one of the most important ways for a business to sell products or services in less than 20 years.

Back when the first websites were being created you had text; nothing more, nothing less. These sites were for sharing information. Useful for students, professors, and a handful of others. Not so useful for a business… yet.

It didn’t take long for more personal websites to start cropping up online, from individuals and businesses alike.

With images now available to use online, you could share pictures of your travels or create a comic. But, not only that, some companies were starting to integrate their websites with more than just HTML (the building blocks for a website) and include widgets on their site for things such as currency converters and webcams.

It was also around this time the internet started to remember what it was taught. This happened as the first search engines started to appear. They weren’t able to remember everything, nor were they able to make ‘simple’ logical connections, such as how searching ‘people carrier rental’ should return similar results to ‘car rental’. But they tried as any human infant would.

As more and more people started to find themselves on the information superhighway, so too did more and more websites find their way into peoples’ lives.

The young child was able to tell us the news and show us the contact details we would need to call a local restaurant.

But at this point websites were still unable to do what we consider ‘basic’ tasks today, such as taking our information and passing it on reliably.

However, websites were starting to have a bit of style and creative flair. Some of it was quite childish (yes, I’m looking at you Comic Sans) but there was some artistic presence amongst websites at this point. CSS was also starting to be used among many to add more to their website than text styling; borders, backgrounds and text colours were all becoming a norm on big websites.

Additionally, Adobe released its ‘Flash’ product, which revolutionised the internet and interactive websites, allowing them to do more than ever before. After 23 years, however, the world realised that Flash had no place in the modern internet ecosystem and it was discontinued.

If your site is still running Flash, then now is as good a time as any to refresh your web presence. Whether it’s with a new website or integrating other technologies that the web has to offer these days, such as social media or social proof using platforms like VouchedFor, it’s a good time for a review.

Unfortunately, this is where some companies are stuck in terms of web development.

The pre-teen is able to take the data you give it and will almost always do what you expect, whether that’s submitting a form, serving data that you have stored in a database/across multiple files or downloading a file.

These still look similar to some of the websites from the phase before.

They still aren’t at a point where an inexperienced web owner, or someone who owns a domain name but doesn’t know how to make a website, could maintain the site on their own.

There were some sites during this time which were outliers and did things the majority of sites didn’t. This includes things most developers today would consider simple, such as taking an order. As well as some that are still a complex task today, such as holding an auction. Whilst these were impressive sites at the time, competitors have caught up.

These are the sites that myself, and many others in my profession, grew up using. Whether it was using the ever-growing number of social media sites, such as Facebook or Bebo, or discovering the increasing number of content sites, such as YouTube or DeviantArt, these were popular sites in our youth!

This is the time when websites started to take a more ‘fun’ approach. Using Flash more, some websites were even built entirely in Flash. Web browsers were becoming more powerful and could process more, whilst internet service providers were starting to deliver better speeds; dial-up was on its way out. As such, websites started to use the new resources they had available; browser games, video streaming and fancy animations. You name it, there was a site trying it!

With this came the awkward teenage phase of the internet. Sites were wildly different from one another, even when aimed at very similar demographics.

The majority of websites you will use often fall into this stage. This is the absolute minimum you should be aiming for reviewing your own website. This is when websites started to become responsive.

Responsive is the term given to sites which work on any device and on any screen size. Before the release of the iPhone in 2008, if a website was mobile-friendly (which many weren’t) it was commonplace to have two different websites; a desktop and mobile site.

The iPhone release saw the introduction of a large touch screen and came with the Safari browser. As a result, it could render any website that didn’t use Flash just like a desktop could.

Along with the iPhone setting the stage for mobile web, and responsive web design in general, Google Chrome had recently hit the market. Google was starting to get quite aggressive in recommending people download the browser whenever they visited the search engine. As such, people started to move away from Internet Explorer and Firefox, making Chrome their default browser.

With this change in browser dominance, new technology and trends in web design started to flourish. Large hero banners/images taking up a large part of peoples’ screens, floating boxes, box shadows and other, now commonplace, web design trends were starting to take the forefront.

Bundled up with this came a lot of features which became hotly debated design trends, including pop-up modals. They may be asking users to subscribe to a newsletter or agree to a privacy policy; some people love them, a lot of people hate them.

But for better or worse, these trends carried across to where we are today.

Between the time of writing this article and uploading it to our website, there will be at least one new ‘must-use’ technology invented by some developer, somewhere in the world.

Whilst people and web development companies in the awkward teenage and young adult phases of the web were dipping their feet in different content management systems (CMS) or attempting to build their own/build every site from scratch, most companies and freelancers today have a system they prefer or recommend their clients use.

Once your site is a young adult, you know that no matter where your visitors are or what device they’re visiting on, they will be able to read your content, use your forms, and make enquiries.

Sites which are in this stage may want a redesign but generally won’t need to be rebuilt from scratch. What they’re likely to want is more traffic or enquiries, and that’s where the web is today; a lot of sites out there, with a lot of potential customers, but no idea how to get them.

Whether your site is in need of a lick of paint or needs help moving out of the awkward teenage phase, we will be more than happy to help give your existing website that ‘je ne sais quoi’.

Or maybe you’re happy with where your site is now and are struggling for enquiries. You can have a gander at some free resources we have put together to help promote your business and drive enquiries.

However, the best way to get your site noticed is through social sharing or search results. Both of these can be scary territory, and you may not have the time to write a gripping article every week to share on Facebook and help give you the eye-catching content which will make Google want to rank you higher. If this sounds like you, you can find out more about our content services, and we can help ensure your site is getting the content your potential clients will be interested in; giving your junction on the internet superhighway the service station everyone wants to stop at.

This entry was posted on Monday, October 28th, 2019 at 4:14 pm by Jordan Hoyland and is filed under News, Websites. You can follow any responses to this entry through the RSS 2.0 feed. 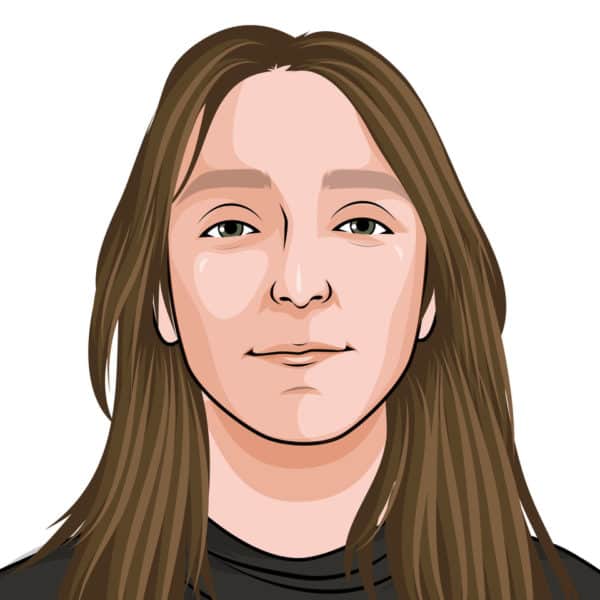 Find out more about Jordan
Coronavirus (COVID-19): An update from the Yardstick Agency – 17th March 2020

We’re living in unprecedented times. So, in line with government advice, we have closed our office with the entire team working remotely for the foreseeable future.

That said, it’s business as usual.

Our team are all set up to work remotely and can deal with calls, emails and video conferencing exactly as we would in the office. So, existing clients will see no tangible difference in the service you receive from us. Projects will continue to be pushed forwards, content written and newsletters sent.

Indeed, in these turbulent times, we understand that you might need our services more than ever. Keeping clients reassured, regularly getting in touch with prospects and clients, and ensuring your business is well-positioned for when the pandemic subsides are all hugely important. If you’d like to chat about how we can help, please get in touch.

As always, if you’re not already a client of the Yardstick Agency and would like to learn more about how can help your business right now, we’d love to hear from you. Please call the office or email [email protected]